The following guidelines are offered to assist new collectors.
For more details, visit WinchesterCollector.org.
“You never pay too much for a good Winchester; you simply might buy a little early”--George Madis
Condition – Most dealers agree that condition is what sells in today’s market place. Values will span a 10 fold range depending on the percentage of original condition. A piece that is in 100% original condition will be worth at least 10 times more than a piece that is in 10% original condition. However, this value equation is not linear. The value increase between an 85% piece and a 95% piece being significantly greater than 10%!
Historical Significance – A piece with authentic documentation evidencing a role in an historical event will always have significantly more value than a similar piece w/o historical significance. Values can be increased as much as 100 fold. An 1873 Springfield carbine worth $2,500 might bring $250,000 if it can be documented as being present in the Custer fight at the little Big Horn River in 1879. However, historical documentation is difficult to prove and can be faked easier than physically altering the weapon itself!
Originality – The piece should have all of the attributes of the weapon as it was received from the factory when new. Refinished steel and/or wood surfaces, altered components, extra holes in the receiver or tang, cut down or replaced barrel, magazine, stock, replaced screws, etc., will materially diminish collector value.
Rarity – A collectable firearm’s value will generally be increased in inverse proportion to the number of pieces manufactured along with any rare special-ordered features it may have.
Provenance – A firearm that has an irrefutable record of ownership will have more value than an identical piece without such provenance and the more prominent the former owners, the more the value.
Desirability – The model and configuration has a large impact on the gun’s desirability and therefore its value: i.e.: a Henry versus a Winchester - Lee model. Also, certain features are desirable and will sometimes even outweigh rarity. A .44 caliber rifle or carbine will always be valued higher than the .38 caliber which will always be valued higher than a .32 caliber Winchester with all other features being the same. An octagon barreled, full magazine, crescent butt configuration will always have greater market value than a round barreled, half magazine shotgun butt configuration with all other attributes and features being equal.
Factory Documentation – Factory records which list a gun’s configuration are available only within certain serial ranges. Generally, but not in all cases, a Winchester which falls into the documented (or “letterable”) serial range has more value than an identical piece which is outside the range.
Age – the older the piece the greater the value given similar model characteristics. A First model 1873 Winchester will always be worth more than a Second model which will always be worth more than a Third model having the same condition and factory specifications. An antique (pre-1899) will be worth more than a non-antique (post-1898).
Current Market – Collector likes and dislikes vary over time. Some items which were most desirable last year may give way to different items this year. This is the least predictable and most difficult factor in determining the value of any collector piece. The high end collector fraternity can be very thinly populated at times. It only takes two collectors to escalate prices at auction to astronomical heights making recent auction results a poor guideline.
Collector tastes vary. Many collectors focus primarily on condition while others like the “rode hard and put away wet” look of a gun that has been there and done that. Therefore certain guns may have greater appeal to some collectors even though collectible value may be less than pristine examples. Complicating the process is the fact that the weight given to each of the above factors will vary by model which makes it impossible to condense these factors to a universal mathematical equation. 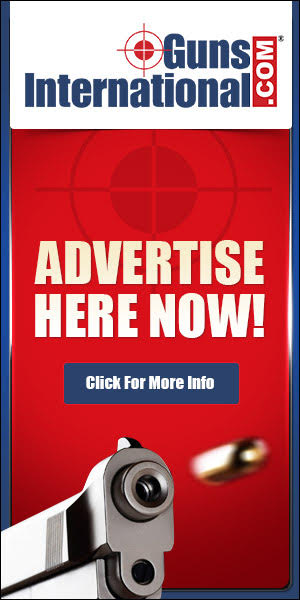 Articles Home
Back to Top